These are very handy when trying to describe an older slide rule without scale labels or when the instructions are written in Cyrillic. These superb graphics are courtesy of Andrew Nikitin. The graphics can be used to construct a custom slide rule scale set by copying and pasting into a picture editor and printing out onto paper or transparancies.

Due to popular request, the following 75 reference scale images are combined into one file that you can download: SR_scales.zip. Just right-click and save target to your computer, then you can un-zip them.

There are 2 circular slide rule options shown. Each just needs to be cutout and placed onto a CD case. If you download the instructions, two of the basic slide rules are also attached. One is a replica of a Concise 270. The PDF files are to scale so just be careful in cutting the center hole. 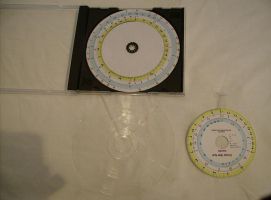 Ying won a reward for this innovative application. His son is shown cutting out one of the disks. 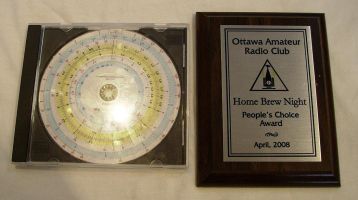 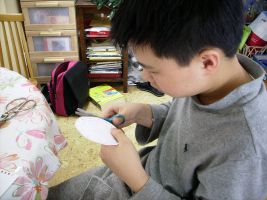 This is circular slide rule calculate a gain, loss or SWR when measuring powers or working on antennas. A very handy device if you are an Ham. (the ISRM curator happens to be KI0CC out of Colorado). The principle is simple, the powers are on 4 decade logarithmic scales, for a 40 dB range. The gain and return loss use the same 40 graduations linear scale and the SWR is a special scale responding to the SWR vs power formula. To use the chart, you only have to align the 2 powers on 2 concentric disks and you read the result in a small window. There is a short explanation on the disk itself. The scale permits direct reading up to 40 dB with powers from 0.1 W to 1 kW, and all other scales with a small mental reflection. For example : for 0.1 mW to 1 W and 100 W to 1000 kW.

For more details on the construction and use, go to Patrick's TK5EP Home Page. 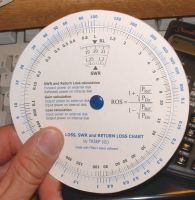 Scales to make a Log-Log Slide Rule
Version A - by John J.G. Savard

Visit John Savard's Web Page, a mathematically oreinted web site that focuses on cryptology, ciphers and map
projections along with many topics in mathematics, science, computers and Chess. 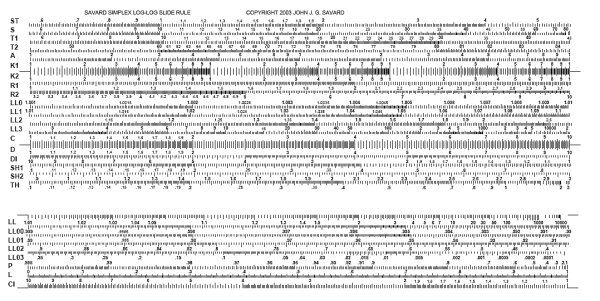 Scales to make a Log-Log Slide Rule
Version B - by John J.G. Savard 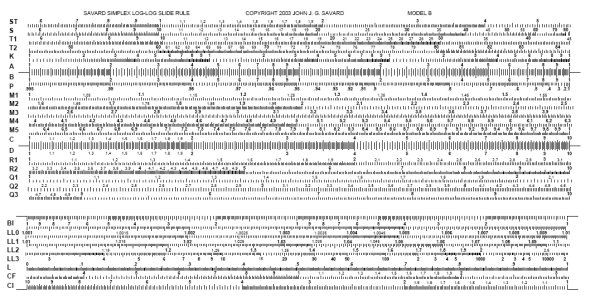 Here's are 3 circular rules from John that uses the same overlay (which makes both the rotating scales and the cursor), and 3 different white bodies. These variations offer a wide range of circular designs, in a large (8 inch diameter). Make the base images on white material, or adhesive white material, and then laminate them to suitable card stock or other material. Make the clear layer on clear material, and cut the cursors out in any shape you prefer. All three items are then fastened in the center and secured with either a screw and nut or other fastener, and the rule is ready to use. (This and the following descriptions were written by Walter Shawlee of Sphere Research)

Note: The scale identifiers (A, B, C, S, T, etc.) are added to every scale at the half interval marks (an unusual visual technique, but very effective). In this way, the scales are identifed no matter where the rule is positioned. 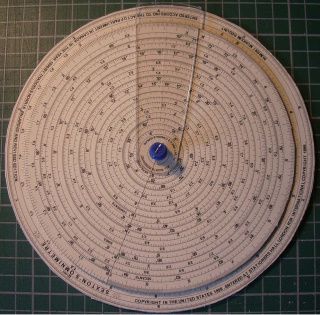 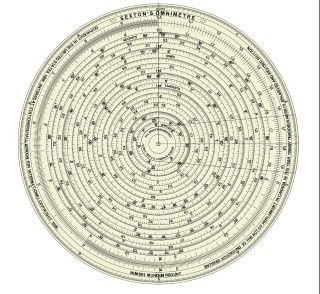 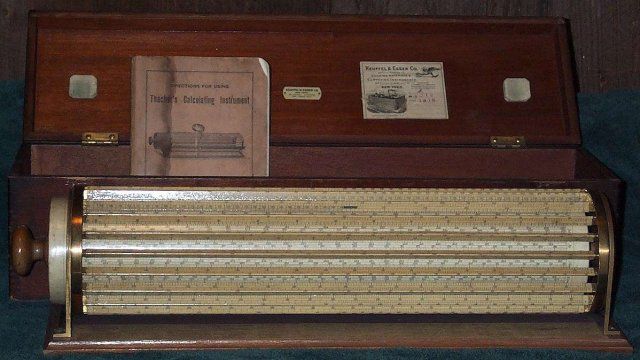 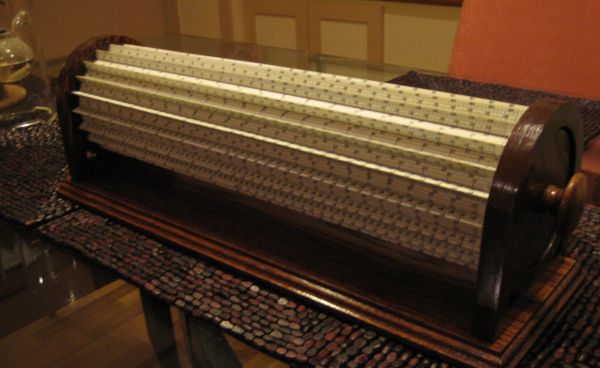 The Scales of the Slide Rule - Doing the Math

Note: The following was written in 1999 by Jason Waskiewicz. It is a very good example on how the divisions of the slide rule scales are calculated. You can use these to create any length of slide rule - Mike

In the first column is the scale name. In the second column is the formula used for that scale. Any simplification is left as an exercise for the reader. The convention used is that R denote the length of the rule and # denotes the number on the scale whose position is being calculated. The final column contains notes about the particular scale.

Derivation of the scales was not always easy, and I have not shown here how it was done. Essentially, I went in knowing that the whole thing was based on logarithms, and then played around until I came up with something that worked. Generally I started out quite close -- it became mainly a matter of playing with constants. Jason.